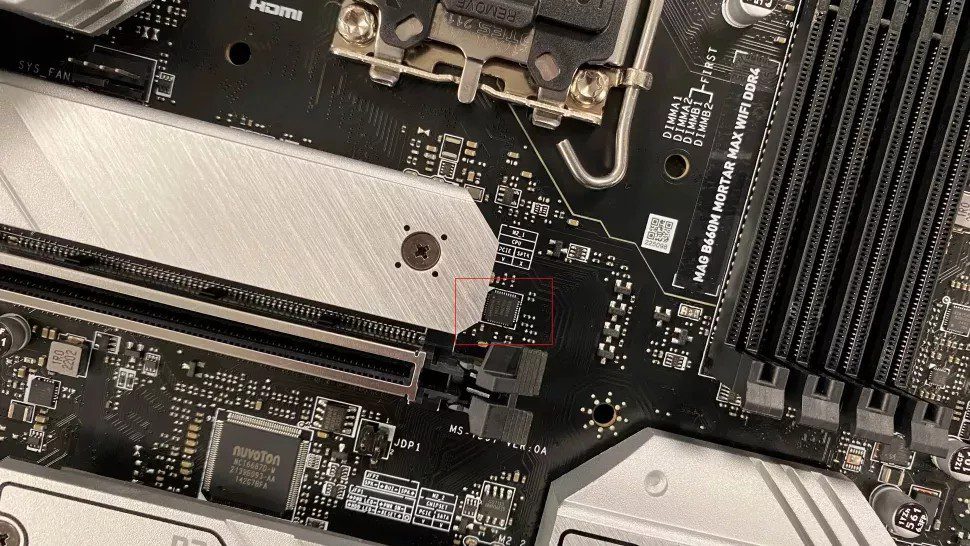 MSI is set to release a new B660 motherboard. Why would I mention it when there are a hundred or more other B660 boards on the market already? This one is set to include an external clock generator. That means it should be able to happily overclock locked base clock 12th Gen Alder Lake processors.

The news comes from Twitter user chi11eddog. via Tom’s Hardware with a post showing an as yet unreleased MSI motherboard. The MAG B660M Mortar Max WiFi DDR4 includes a Renesas external clock generator which will allow BCLK overclocking on non-K CPUs. That’s a big deal. The board will also include PCIe 5.0 and DDR4 support. These features are set to make this board a very smart choice for users looking to build a high-performance system at a budget price.

The inclusion of an external clock generator allows the base clock to be decoupled from other system bus clocks. This allows the CPU clock to be increased without interfering with other devices. At 100MHz, everything is designed to work in harmony, but as you move beyond this speed, other devices such as PCIe and SATA devices will stop working, leading to system crashes.

We’ve talked about BCLK overclocking in the past. It’s been proven to work. I have personally tested it on an Asus Maximus Z690 Apex, but that’s a high-end board and one of only a handful of expensive boards to include an external clock generator. Pairing a high end board with a budget CPU is unlikely, which until now has relegated locked CPU OC to hardcore overclockers only.

More than a few old school gamers will remember the days of taking locked multiplier chips and overclocking them to flagship performance levels. It was a fantastic way to get top tier performance without spending a lot. But in recent years, overclocking has become an increasingly high end only ‘feature’. This MSI board should bring back a bit of that frugal overclocking spirit.

The MSI MAG B660M Mortar Max WiFi notably includes DDR4 support, so you’d save a lot of money just there compared to the still high cost of good quality DDR5. Combine the board with a good set of DDR4-3600, an i5 12400F and you’ve got the core of a very potent and affordable little system. Overclock it to 5.2GHz, pick your GPU and you should be a happy gamer.

If and when MSI releases this board, we’ll be chasing a sample and look forward to putting it to the test. An overclocked 12400 vs a 12900K in a range of games sounds like an interesting little experiment!