Teclast has announced the M40S in Japan, an Android tablet that follows on from the M40, M40 Air and the M40 Pro. As with other Teclast tablets, the M40S relies on a budget chipset and has a basic display. Specifically, the Teclast M40S contains the Unisoc Tiger T610, a 12 nm SoC with an ARM Mali-G52 MP2 GPU, two Cortex-A75 cores and six power-efficient Cortex-A55 cores.

Additionally, Teclast complements the Unisoc Tiger T610 with 4 GB of RAM and 128 GB of storage. Also, the company has included a dual card slot for two nano SIM cards or a SIM card with a microSD card. Predictably, the Teclast M40S does not support 5G connectivity, although Teclast stresses that the tablet supports dual-band Wi-Fi and Bluetooth 5.0.

Elsewhere, the M40S has a 10.1-inch IPS display operating at 1080p. Moreover, the tablet ships with Android 11, has twin speakers and two cameras consisting of 5 MP autofocus and 2 MP fixed focus sensors. While a global launch has not been confirmed yet, the Teclast M40S will be available in Japan for JPY 25,900 (~US$191). Seemingly, Teclast will only offer the tablet in one memory configuration; the company has not confirmed an Android 12 upgrade yet, either. 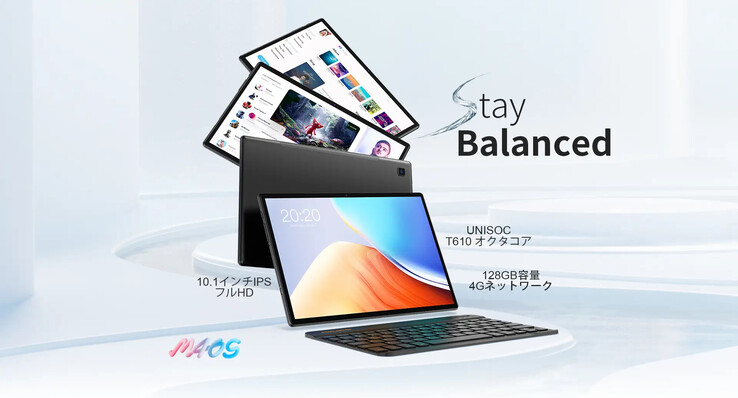