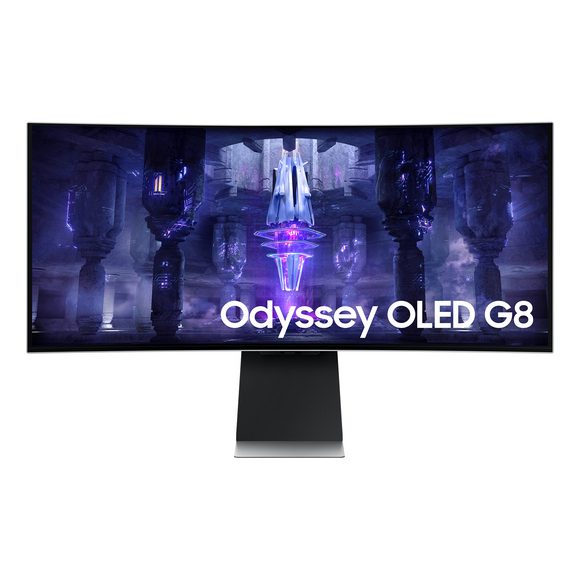 amsung has unveiled the Odyssey OLED G8, a high-end curved gaming monitor that will be available later this year. Equipped with a 34-inch OLED panel, the Odyssey OLED G8 has a QHD resolution, an 1800R curvature and a 175 Hz refresh rate, among other features. AMD FreeSync Premium support is also onboard to ensure smooth gameplay on current-generation graphics cards or PlayStation 5 and Xbox Series S|X consoles.

Samsung has expanded its Odyssey gaming monitor series with the OLED G8, or G85SB to go by its model number. Billed as a ‘premium addition’ to the Odyssey series, the Odyssey OLED G8 is Samsung’s first OLED gaming monitor and one that packs plenty of features within its curved chassis. According to the company, the monitor has a 34-inch panel with a 1800R curvature, plus a frame that tapers to 3.9 mm at its thinnest area.

Unsurprisingly, Samsung has included a high-resolution and fast panel for the Odyssey OLED G8. Specifically, the monitor operates at 3,400 x 1,440 pixels (QHD) and 175 Hz, while its 0.1 ms response times should minimise input lag. Accordingly, Samsung has included AMD FreeSync Premium support to maintain smooth gameplay, while the 21:9 panel should also deliver up to 99.3% DCI-P3 colour space coverage. Additionally, the Odyssey OLED G8 is VESA DisplayHDR 400 True Black certified, meaning that it will achieve at least 400 nits of peak brightness, along with 50x greater dynamic range and 4x improvement in rise time compared to DisplayHDR 1000.
Separately, Samsung pre-loads the Odyssey OLED G8 with a Micro HDMI 2.1 port, a Mini DisplayPort 1.4 connection, USB Type-C ports 5 W stereo speakers. Moreover, the monitor has a Height Adjustable Stand (HAS) that supports tilt functionality, as well as Samsung Gaming Hub, which features Amazon Luna, Google Stadia, NVIDIA GeForce NOW, Utomik and Xbox streaming services. Unfortunately, Samsung has not confirmed how much the Odyssey OLED G8 will cost yet. However, it has announced that the gaming monitor will be available ‘globally from Q4 2022’, albeit with the caveat that launch schedules will vary by region. 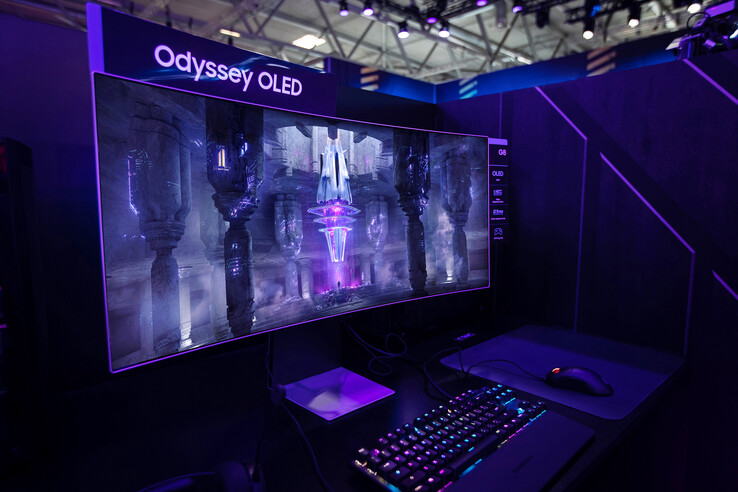