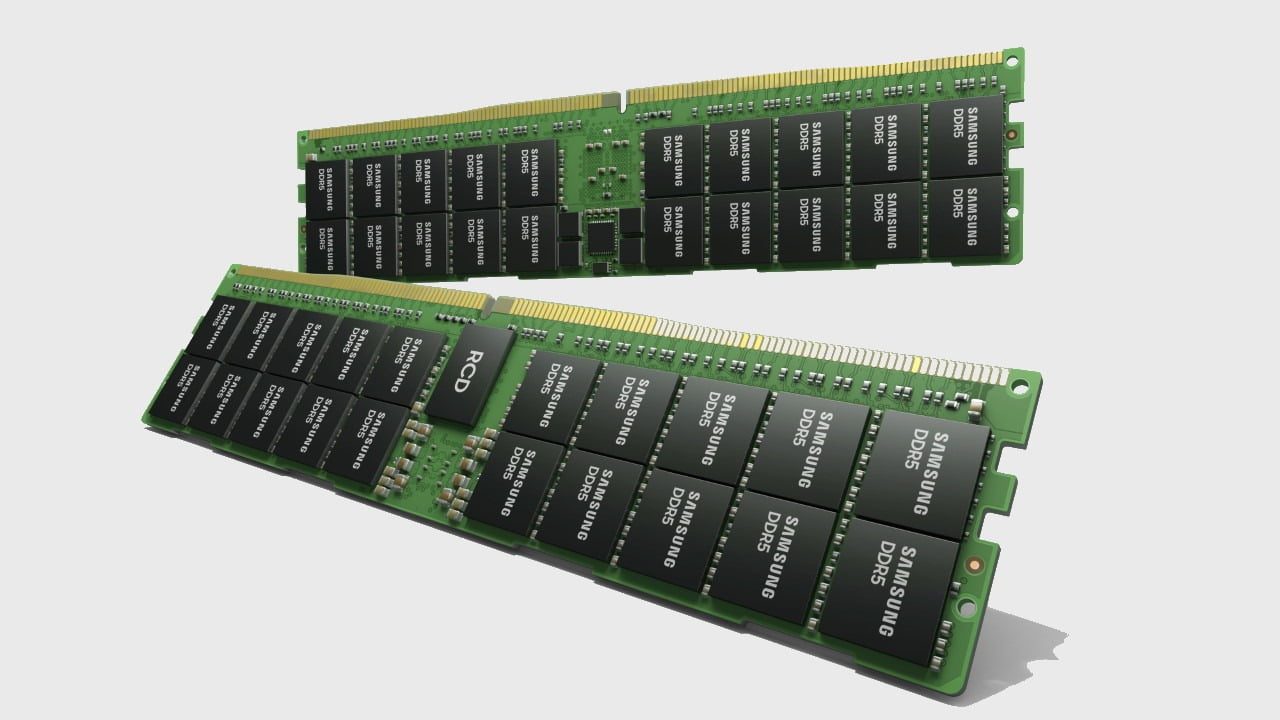 While consumers today typically use computers with 8GB or 16GB of DDR4 RAM inside, Samsung is pushing ahead with the next generation of memory modules. Its latest stick of RAM is a 512GB DDR5 module running at 7,200Mbps.

The new module will be used in servers performing “the most extreme compute-hungry, high-bandwidth workloads.” That means supercomputers, artificial intelligence, and machine learning. It was made possible thanks to advanced HKMG technology, which Samsung adopted back in 2018 for its GDDR6 memory. Basically, HKMG replaces the insulator layer in DRAM structures. The high dielectric material contained in the layer reduces current leakage and therefore allows higher performance. At the same time, Samsung managed to reduce power usage in the new module by 13%.

“Samsung is the only semiconductor company with logic and memory capabilities and the expertise to incorporate HKMG cutting-edge logic technology into memory product development,” said Young-Soo Sohn, Vice President of the DRAM Memory Planning/Enabling Group at Samsung Electronics. “By bringing this type of process innovation to DRAM manufacturing, we are able to offer our customers high-performance, yet energy-efficient memory solutions to power the computers needed for medical research, financial markets, autonomous driving, smart cities and beyond.”

Each 512GB DDR5 module is constructed from eight layers of 16Gb DRAM chips connected together to perform a 3D structure using through-silicon via (TSV) technology. And although consumers won’t get, and certainly don’t need 512GB RAM modules, the same super-fast modules should eventually filter down to the consumer market. DDR5 is already starting to appear as a replacement for DDR4, and Intel’s latest Alder Lake processors include support for DDR5.