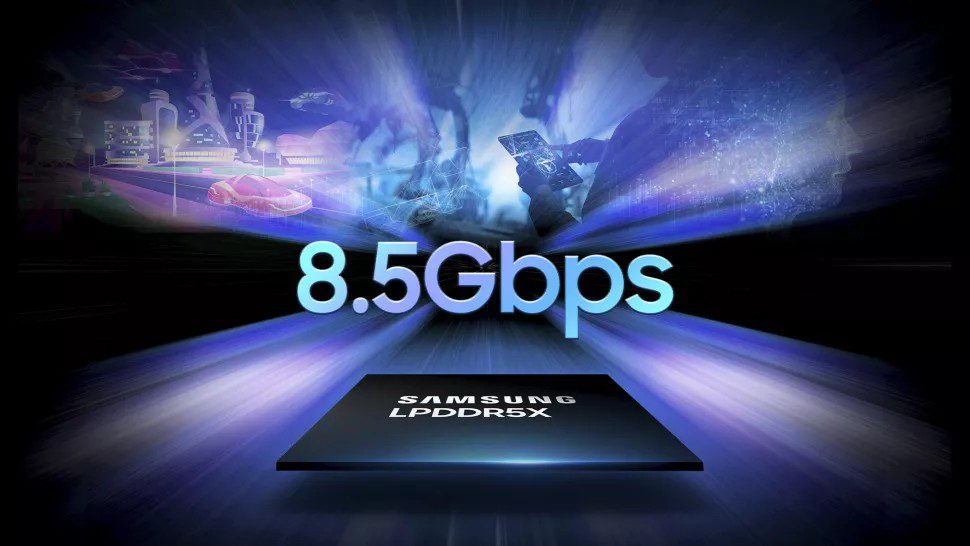 Samsung on Tuesday said that it had validated its LPDDR5X memory at operating speeds of 8.5 Gbps. Samsung expects the new DRAM to be used for bandwidth hungry applications beyond smartphones and tablets, including PCs, high-performance computing applications, servers, and vehicles.

For now, Samsung has validated its LPDDR5X-8500 memory with Qualcomm’s Snapdragon mobile platforms, yet it does not disclose which ones. Both Samsung and Qualcomm are interested in validating top-of-the-range Snapdragon system-on-chips for smartphones and always connected laptops with the fastest memory chips available today. Faster LPDDR5X would boost bandwidth and performance of these platforms to better compete with rivals, though the two companies have not yet disclosed all the details.

While originally LPDDR memory was developed primarily with smartphones in mind, it’s now widely used in Apple’s desktops and notebooks as well as laptops powered by system-on-chips by AMD, Intel, and Qualcomm. Apple tends to use LPDDR4X/LPDDR5 memory with wide interfaces to maximize memory bandwidth without the need for expensive high-bandwidth memory (HBM). But wide interfaces are expensive as they take up a lot precious die space on chips, which is why there are loads of companies that use high-speed LPDDR5/LPDDR5X memory with a ‘standard’ 128-bit interface to maximize memory bandwidth compared to DDR4 and DDR5 types of memory.

LPDDR5X was originally developed with bandwidth-hungry applications in mind, such as AI/ML and graphics processing. Some smartphones will likely adopt Samsung’s LPDDR5X-8500, but we can expect these memory ICs to be used for devices beyond handsets. For example, always-connected PCs featuring Qualcomm’s Snapdragon SoCs can take advantage of such memory.

“The joint validation of 8.5 Gbps LPDDR5X DRAM has enabled us to accelerate market-wide availability of this high-speed memory interface by more than a year, which is a tremendous accomplishment made possible through our long-standing collaboration with Qualcomm Technologies,” said Daniel Lee, Executive Vice President of the Memory Product Planning Team at Samsung Electronics. “As LPDDR memory continues to broaden its usage beyond smartphones into AI and data center applications, strong collaboration between memory and SoC vendors is becoming all the more important. Samsung will continue to actively engage with innovators like Qualcomm Technologies to enhance ecosystem readiness for future LPDDR standards.”