Another Intel 14-core CPU has been spotted

Thus far leaks on Intel 13th Gen Core mobile platform have been focusing on Intel’s H, HK and HX (45/55W+) series, all considered high-end series for gaming. However, Intel is also preparing its low-power P-series with default TDP at 28W. Those can be found in ultra-thin laptops or high-end tablets.

According to Geekbench database, a new Core i7-1370P processors has just been tested there. The product that was used is Dynabook (previously owned by Toshiba), so undoubtedly a portable device although the listing does not explicitly say what product. However, Dynabook does not make any tablets or Mini-PCs, thus this is undeniably a new laptop. 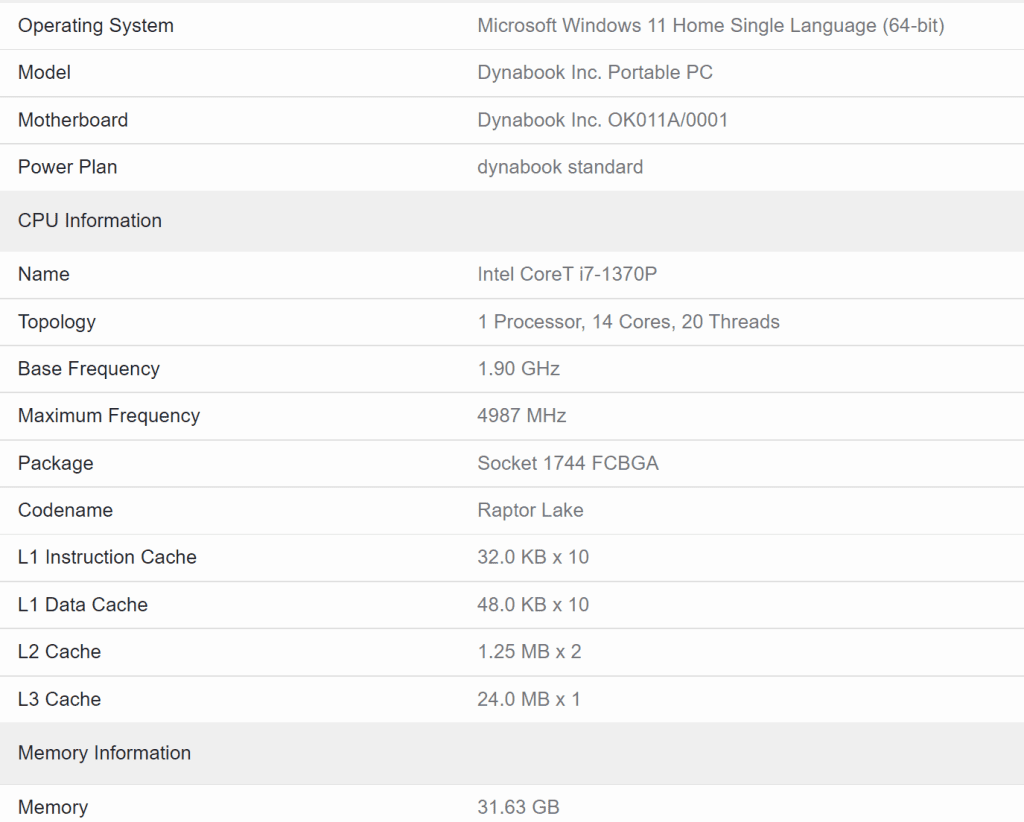 The Core i7-1370P processor feature 14 cores and 20 threads, which means it has the same configuration as current-gen Core i7-1280P. Technically, it could be considered a rebrand with higher clocks because both SKUs share the same L1-3 cache sizes. And speaking of clocks, this model boosts up to 5.0 GHz, which is 200 MHz higher than any of the previous Core P-Series SKUs. The base clock isn’t the highest though, its predecessor (i7-1270P) did actually boost 300 MHz higher (2.2 GHz). 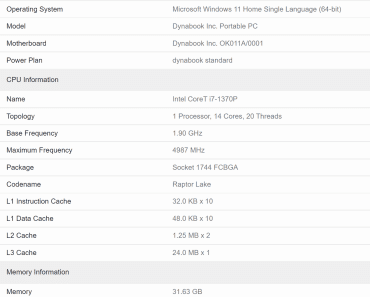 In terms of performance, the sample data is not sufficient to make any meaningful comparison. Geekbench did not even add 12th Gen Core P-series to their official ranking, probably because of how many different (thermal throttled) devices use P-series. However, based on the limited data it is clear the 13th Gen Core model will have higher multi-core performance because of the two added Gracemont cores.

Intel 12th Gen Core P-Series were launched on January 4th this year. Therefore, the successor should make a debut exactly a year later at CES 2023.