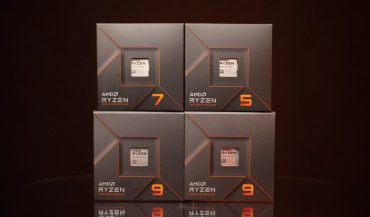 The final specifications and prices of AMD’s upcoming Ryzen 7000 Non-X CPU lineup for the AM5 platform have leaked out.

The AMD Ryzen 7000 Non-X CPU lineup is no mystery, we have seen specifications and prices of these processors leak out in previous leaks but the latest slide deck that comes from Videocardz not only confirms those but also the chips these Zen 4 parts will be competing against. As always, the trio of CPUs will be using the 5nm Zen 4 core architecture and will be a slight alteration of the existing Zen 4 SKUs.

Based on the above:

One thing that AMD is marketing with these chips is that they will be bundled with either a Wraith Prism (Ryzen 9 7900 / Ryzen 7 7700) or a Wraith Stealth (Ryzen 5 7600) CPU cooler. Now Intel will also bundle its Non-K 13th Gen CPUs with its brand new Laminar series coolers based on the TDP spec so both chipmakers will have a small value added for mainstream users but we still suggest that users get aftermarket cooling options if they have the budget to get the most out of the CPU. 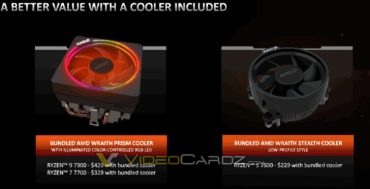 Overall, the chips sound like they will offer the best performance per dollar value on the AM5 platform and we will also be looking at cheaper A620 motherboards by the mid of 2023. AMD Ryzen 7000X3D 3D V-Cache CPUs will also be headed to CES 2023 for a full unveil. The Non-X processors will be headed for retail shelves on the 10th of January.