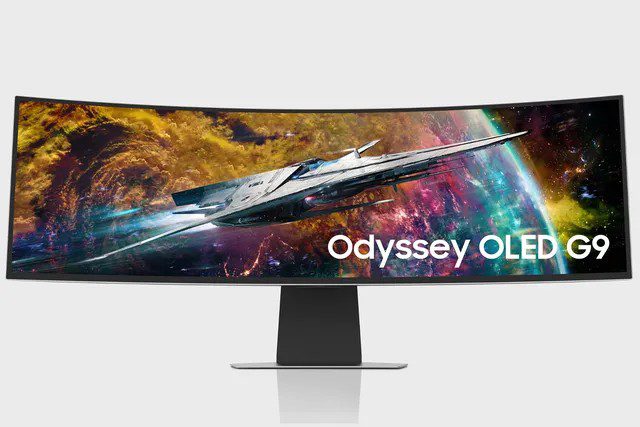 OLED gaming monitors are everywhere at CES 2023, and Samsung’s lineup is no exception. The company revealed the Odyssey G95SC monitor today, a 49-inch model that it claims is the world’s first 32:9 aspect ratio OLED gaming monitor. It also reminded us that its 34-inch Odyssey G8 QD-OLED monitor that debuted in the fall during IFA 2022 will be releasing “very soon.”

What sets these two models apart from what LG recently announced is that they use Samsung’s own QD-OLED tech — not LG Display’s latest panels. Below, I’ve embedded a sidebar explaining how QD-OLED differs from OLED, but the TL;DR is that it’s able to produce a more contrast-rich picture at higher brightness levels — one of the few limitations of conventional OLED tech. 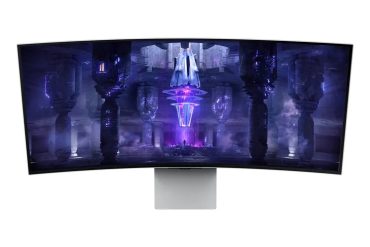 I have a hard time wrapping my head around how cool it’d be to sit in front of Samsung’s new 49-inch Odyssey G95SC. Thankfully, it can wrap itself around my head instead. It has a super-wide 32:9 aspect ratio, expanding to 5120 x 1440 resolution with an 1800R curve. This model has a fast 240Hz refresh rate. It’s coming later in 2023 with no price tag attached for now.

The Odyssey G8 is a bit smaller across the spec sheet, but it has a similar panel to what shipped in Alienware’s stellar QD-OLED gaming monitor from 2021. It matches key details, including the 34-inch size, 21:9 aspect ratio, 1800R curvature, 3440 x 1440 resolution, and 175Hz refresh rate. Samsung still hasn’t shared a price, but we’ll update this post if that changes.

Samsung claims that both of these monitors support HDR True Black 400, a VESA spec that means they can reach 400 nits of peak brightness. However, in reality, it’s possible that they’ll deliver lower brightness depending on what you watch on them. During HDTVTest’s review of the Alienware QD-OLED monitor, which has the same True Black spec as these new Samsung monitors, it delivered closer to 280 nits while displaying an all-white screen (the most brutal challenge for an OLED).

These monitors are meant to connect to powerful consoles and PCs, but they also support Samsung’s Gaming Hub, which lets you wirelessly connect a controller to play on cloud streaming services like Xbox Cloud Gaming and Nvidia GeForce Now. They also have Smart Hub, which let them access smart TV apps like Netflix, Amazon Prime Video, and more. In terms of ports, both of them feature Mini DisplayPort, Micro HDMI 2.1, and USB-C charging of up to 65W.