The i9-13900KF is a flagship 24-core Raptor Lake CPU with boost clock up to 5.8 GHz for single core. The KF variant simply lacks integrated GPU support, which is not really an issue, especially for Coodie, whose system is already equipped with GeForce RTX 4090. 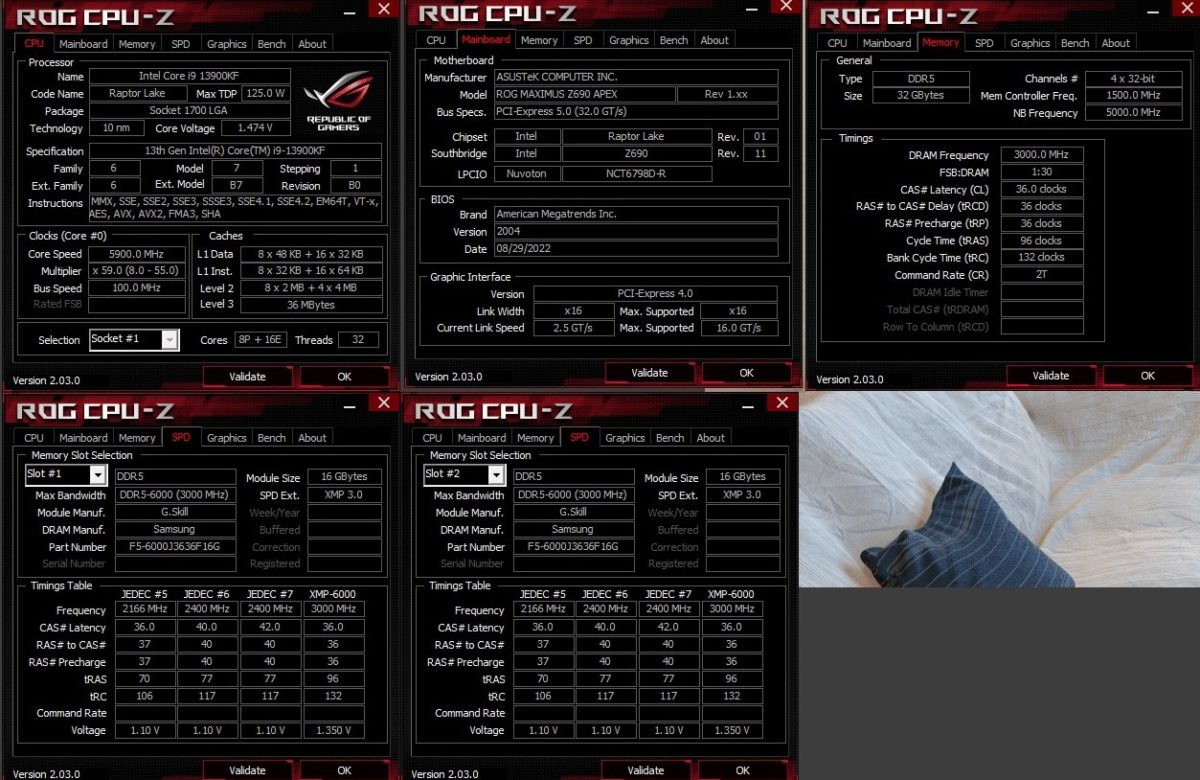 In Cinebench R23, the CPU scored 2352 points in single-core test, which puts it at 13th place in the current HWBOT ranking. The same user also shared multi-core result at 41940 points. The single-core frequency reached as high as 6.2 GHz and temperature never exceeded 75°C at 1.474 voltage. As explained to us, user simply did not have time to test it the CPU in detail and overclocking was simply achieved with ASUS ROG Maximus Z690 APEX built-in AI tune feature. 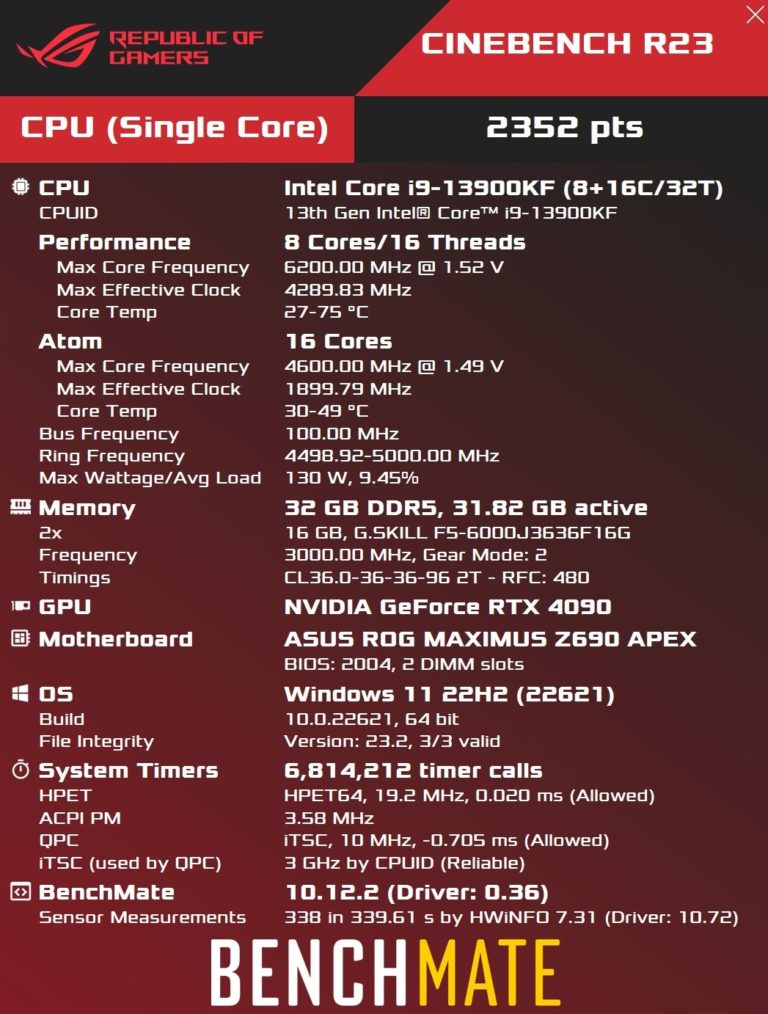 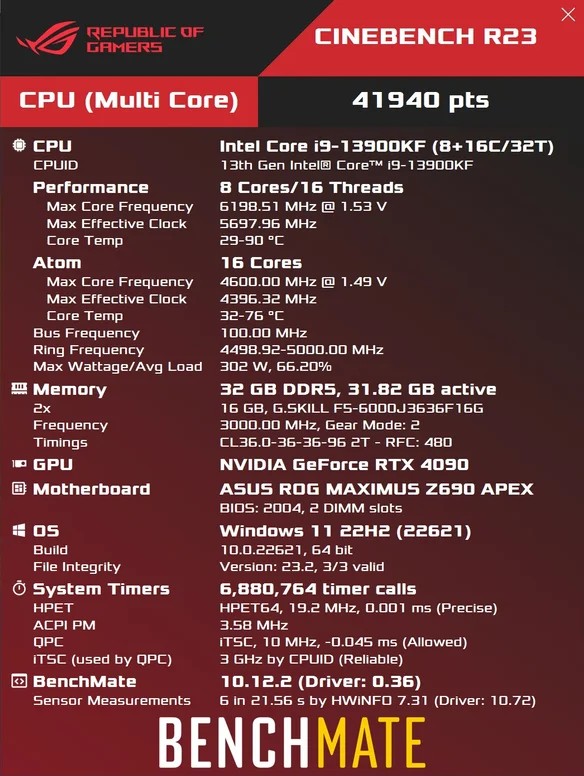 In any case, this tells us how simple it is to overclock the CPU with limited resources and tools. This is not an all-core overclock though, but that’s something that should be covered in detail tomorrow with full independent reviews.